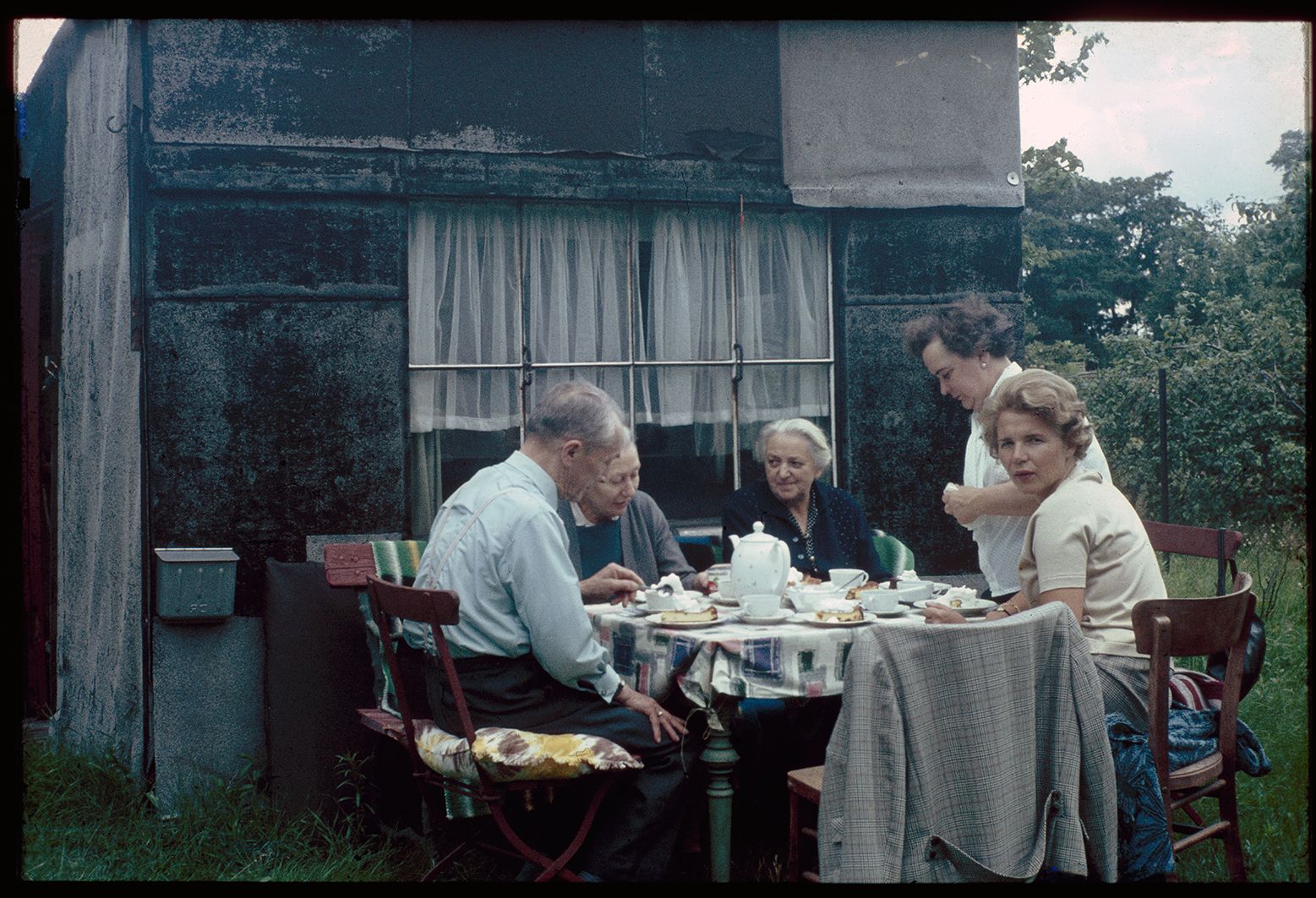 To have survived the first half of the 20th century, simply to have survived as a family like this shed in the patchwork of wars and memories, and now to sit tight with coffee and cake and to piece together the collective memory and while speaking digging up the dead who have died from August 1914 up until now: Who would be sitting here with us things had gone differently ‘before Verdun’ for example or even before ‘before Verdun’, more peacefully perhaps and without using Sarajevo as an opportunity and if great-grandpa Heinrich hadn’t been killed in action right at the beginning of the war without the Iron Cross, and great-grandma had just got pregnant for the fourth time and he hadn’t even seen him, his Friedrich who turned out well, at first anyway before he ended up with the Storm Troopers a few years later and voted right away for Hitler and joined the Wehrmacht in 1939 and was promoted to sergeant until he was eventually reported missing on the Eastern Front in 1943. How it would be if it had all gone differently and he was sitting with us now and the same goes for his two children Horst and Anton who were killed in an air-raid attack in the Ruhr district, late ’44 and their mother Karin came home late one evening just after it was all over and then took her own life three weeks later, just like that. If all that had turned out differently and they were all sitting with us now, for example, even the eldest son, Robert, who went to Berlin and married that woman, a Jewess, and the three children all half-Jews of course from 1933. And how there were family rows over this, even from 1932 when they stopped talking to each other, Friedrich and Robert, and if this had turned out differently too, and if they hadn’t come for all three of them when Robert finally got a divorce in 1943 and then signed up to a suicide commando on the Eastern Front. If all that had just turned out differently…
In image theory, one tries to find an appropriate answer to the question: to what extent is it possible to express complex interdependencies with images such as time relations and conditionals.

Sometimes, one runs the risk of writing about something that has been detached, singled out, removed from its original context and a definable time. But anyway, undivided attention is there; a photograph makes itself present again, apparently all by itself. Simply because people can be seen and despite the fact they lived in another period, they appear to be so present. Through their gazes, what they do, the process of being shot in a photographic image. The participation in the events, gestures and the photographic situation comes about, without hesitation, in a few moments.

The scanning gaze over the photograph can follow details, gain depth in certain places, discover relations and thereby introduce assumptions or thoughts about: a group sitting at a table outdoors, sitting on wooden chairs and benches and having set up a coffee table sheltered from the wind despite or whether the backdrop, a provisional garden house, a men’s jacket hanging on the back of a chair, gives indications, about haircuts, clothes and austerity and about the patchwork tarpaper on the garden house.

And then, from the time when this gaze is able to capture all these details, dialogues begin; those conversations that emerge from the stillness of photographs: quiet snippets of talk made of memories, fragments of one’s own stories, possible sentences, dialogues about the figures photographed – and then one composes the smell of the meadow to go with it and perhaps the humming of insects.

At some interval, apparently unexpected, and suddenly the gaze slides away again: the letterbox on the house, the high grass, wooden chairs and a wooden table, realising that there were no objects made of synthetic material, no sign that says that the 1960s have begun. And the recurring, now rather puzzled gaze at the strange tarpapered house. A second dialogue begins: Colour films first came with the Allies to Germany, résumés that have lived through the 1940s as adults, a house that is probably not a makeshift, hard wooden chairs taken from indoors to outside, the beginnings of the Economic Miracle or not, and yet still colour film.

The uncertainties, the imponderability, the unsure, perceptible knowledge. The photograph suddenly develops another moment of reality: The tarpaper on the garden house that is in fact not one, steeped in black tar, raw and patchwork, that is where the gaze lingers, slows down and then becomes calm – this perfect makeshift force, its not splitting apart, the subtle starkness of things transforms into something eerie.